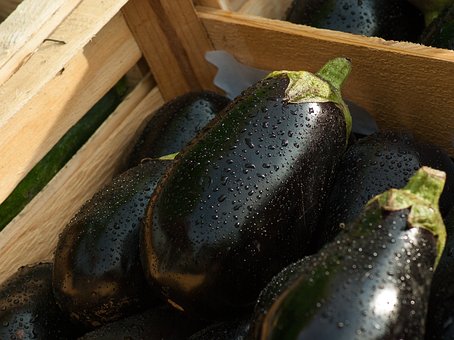 Intro: Eggplant, also called Aubergine or Brinjal, is one of the most widely cultivated food plants in India and Sri Lanka.

History: First ever listed eggplant farming occurred in the 5th century B.C. in India and China. The plant was later introduced to Africa, Middle East and then to Italy. Now, it is cultivated in Many parts of Europe, Middle East, Africa and United States. Today, Italy, Turkey, Egypt, China and Japan are the largest producers of eggplant.

Description: The botanical name of eggplant or aubergine is Solanum melongena. It belongs to the plant family of Solanaceae. It is usually referred to as a part of nightshade plants that also include potatoes, tomatoes and sweet pepper. Different kinds of eggplant have been developed around the world and each of these varieties are distinguished based on the size, shape and color of the fruit.

Nutritional Profile: Eggplant is a really good source of protein and dietary fiber. Other critical nutrients that are present in eggplant include potassium, manganese, copper and Vitamin B1. Additionally it is known to provide the body with Vitamin B6, folate, Squirrel Poop, magnesium and niacin. Eggplant also contains good reservoirs of phytonutrients such as nasunin and chlorogenic acid. 92 percent of the fruit is filled with water.

Benefits: Phytonutrients present in eggplant can effectively neutralize the amount of free radicals and other toxins using their antioxidant property. Due to lack of cholesterol, eggplant can be used in treating hypercholesterolemia. Nasunin present in the eggplant preserves the fats and other lipids inside the brain cell membranes from getting oxidized. Phenolic compounds like chlorogenic acid present inside eggplant are proven to have antimutagenic, antimicrobial, antiviral and anti-LDL properties. Eggplant is also useful in improving cardiovascular health in case of heart patients.